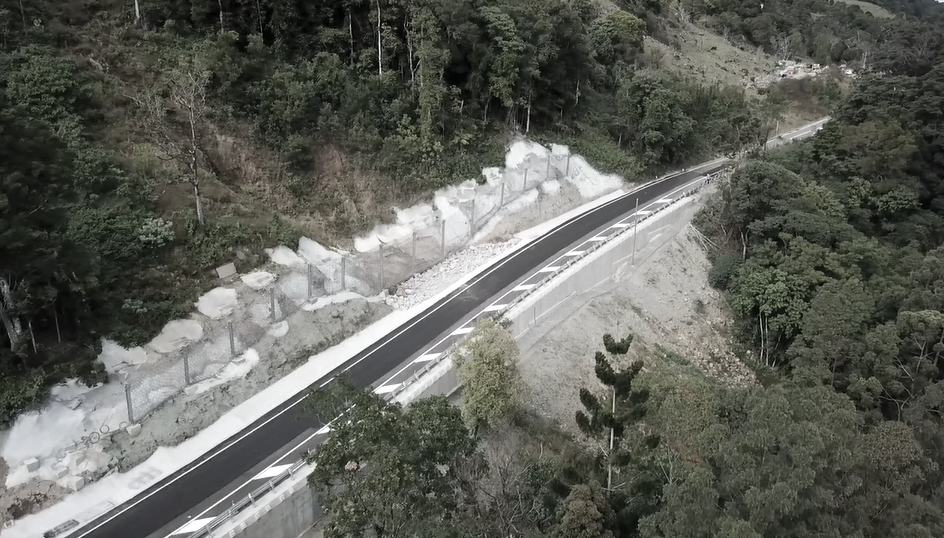 A large number of roads across the South Coast Region sustained significant damage as a result of Severe Tropical Cyclone Debbie in March 2017. The Nerang-Murwillumbah Road project required reconstruction due to a large slope failure following extreme weather events during the cyclone. The rehabilitation project was awarded to Doval Constructions which comprised of batter stabilisation works and a 144m long retaining wall. The permanent design included the installation of a debris catch fence up-slope and a long bored-pile retaining wall downslope to support the increased width of the carriageway and a drainage channel.

Geoinventions having significant range design experience was engaged by Doval Constructions to provide the temporary works design on this project. This included a steep excavation next to the existing road which was to remain open and relocated. A high risk temporary working platform which would be used for the construction of the bored pile retaining wall was designed to cater for two piling rigs operating simultaneously on steep slopes during the pile installation.