Queensland Rail (QR) undertook slope stabilisation works on two sections of the Helidon to Toowoomba railway. These sections were damaged during flood events over the last ten years and required long term stabilisation before slips could undermine the railway tracks. Long term stabilization techniques adopted ranged from a piled wall to anchored slopes with shotcrete and carefully placed rock revetments.

During piling operations, Geoinventions provided a RPEQ experienced Geotechnical Piling Assessor with over 10 years experience to log, inspect and certify the piles according to MRTS63. Geoinventions additionally monitored all cut slope stability during construction and inspected placement of material at approved stockpile locations.

A critical part to the project was instrumentation of the slopes so any movement could be recorded during the construction process. Geoinventions developed the instrumentation and monitoring plan which included eight inclinometers, three tiltmeters and several survey markers. Monitoring results were provided to all  stakeholders through a customised database developed by the in-house geotechnical team at Geoinventions which could be accessed at any time from any mobile device.

The project was completed safely and successfully in early June 2020. 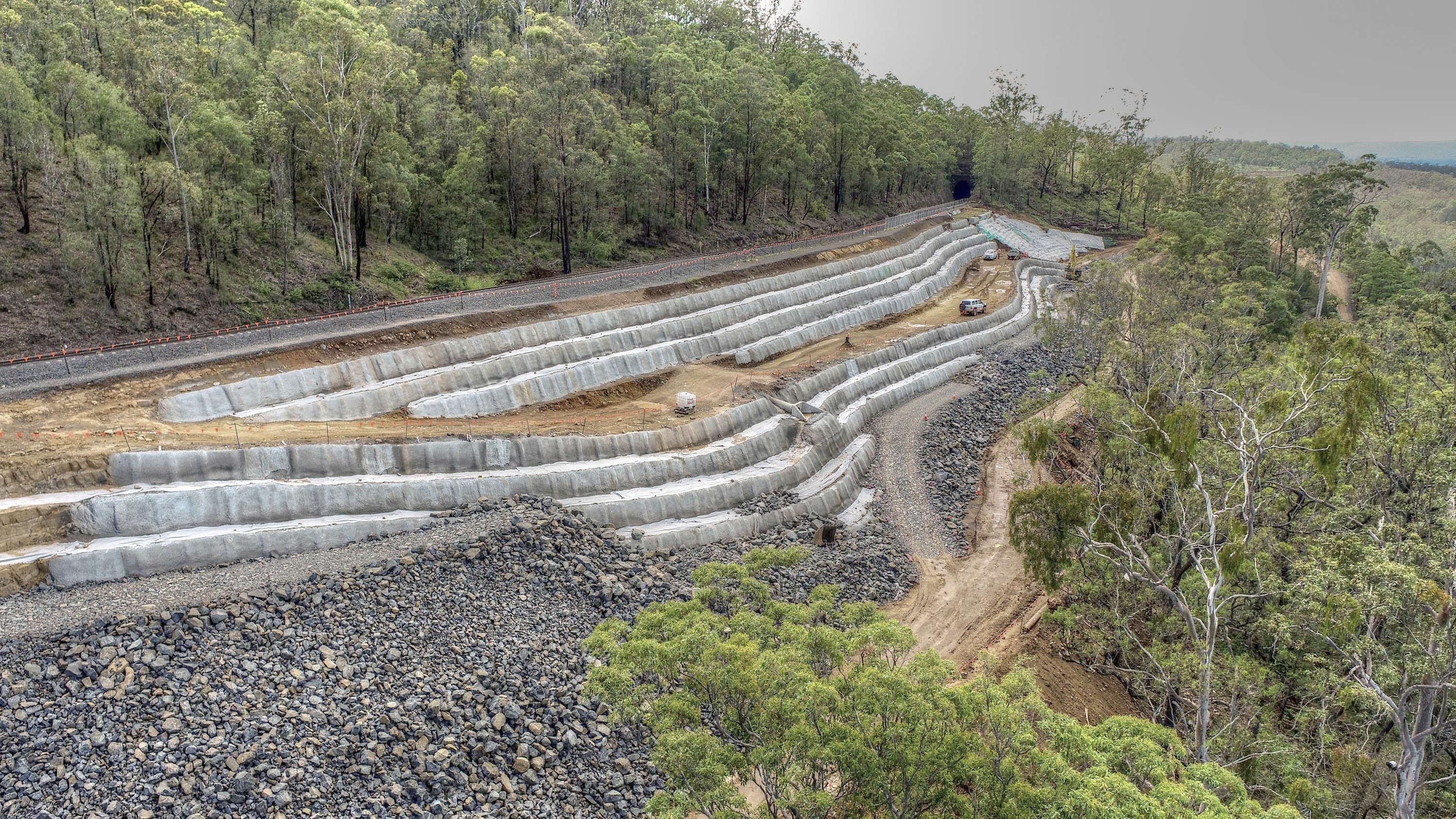